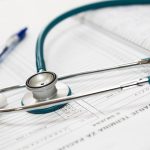 Under IRC section 36B, eligible individuals who purchase health insurance through a Health Insurance Exchange may claim a Premium Tax Credit on form 8962. Among the various requirements, the tax credit is based on whether a taxpayer claims a personal exemption deduction under IRC section 151 for the taxpayer, the taxpayer’s spouse, and any dependents […]

How the Affordable Care Act Affects Your Taxes 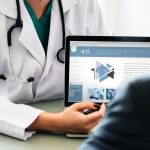 The Affordable Care Act comes into play again at tax time. In the simplest of ways, that may include indicating on your tax form that you had health insurance during 2017. Other tax requirements related to the ACA become more difficult from there. When you file your tax return, you’ll have to remain compliant with […]

Getting Familiar with the Form 1095-A

This tax season, you may receive a new statement that you aren’t entirely familiar with. With the implementation of the Affordable Care Act last year, taxpayers who bought their health insurance through the Marketplace will receive Form 1095-A, Health Insurance Marketplace Statement. The IRS does not supply the form to you, but instead you will […]

Taxpayers who run their own businesses, or freelancers should look for any way possible to save money at tax time. There are three different deductions that can help put more hard earned cash back in your pockets. Business Expenses Self-employed taxpayers can deduct certain business expenses that meet the following criteria: An accepted and usual […]

Deductions for the Disabled

Taxpayers who are disabled are still subject to income tax, except in situations where the law specifically excludes certain income. If you were using disability while you retired, you have to include the pension you receive from your employer when you file a tax return. You are required to report disability income as part of […]

Clergy Can Claim Deductions, Too

Similar to other professions, clergy also receive a Form W-2, Wage and Tax Statement, which indicates salary received as well as housing allowances. Additional income forms, such as honoraria and fees for baptisms, funerals, marriages, and other private masses are considered self-employment. The wages are reported on Schedule C, Profit or Loss from Business. In […]

Determining Who Should File a Tax Return

Many people instinctively file their tax returns, which is great, because most people are required to file. However, some people aren’t required to file, though it may be beneficial to them to do so. If you are filing a tax return, you’ll want to pay attention to some new rules taking effect this year. Use […]

This year, the Affordable Care Act will affect your tax return. If you are one of the millions of Americans who purchased health insurance through the Marketplace, you may qualify for tax assistance that can help lower the amount of your monthly premiums. The premium tax credit allows taxpayers to choose whether to pay the […]

Your Taxes and The Affordable Care Act

This year, income tax time can become quite a headache if you’re not familiar with the health insurance requirements. The Affordable Care Act, also called Obamacare, affects just about every American at tax time. This is due to a mandate that requires every taxpayer to have health insurance, along with a subsidy to help lower […]

What is Minimum Essential Coverage?

Minimum Essential Coverage is the health care plan that meets the lowest requirements of the Affordable Care Act, and will help taxpayers avoid penalties assessed for not having insurance. Taxpayers must have minimum essential coverage during the tax year, or they can face a fee for each month that they aren’t covered. However, there is […]