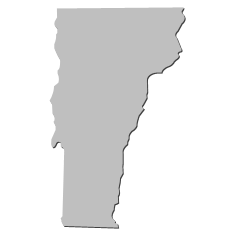 Vermont assesses state income tax on its residents using a joint filing system. This method allows married couples to combine their income into a single amount, which is then taxed. In doing so, Vermont adheres to the idea that a family is a single economic unit and should be taxed as such.

Additionally, the state recognizes civil unions, in which taxpayers in these partnerships are taxed the same as married couples. Vermont's tax base is situated around the federal taxable income, though some forms of income are not included in the calculation.

For the most part, Vermont follows the federal law for income inclusion rather closely, however there are a few sources of income that are exempt from taxation:

Vermont uses the same federal standard and itemized deductions, and while state and local income taxes over $5,000 are not deductible (nor are federal income taxes), there are other deductions residents can take when filing their state return: