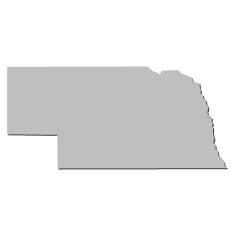 Nebraska State uses the most common filing system for taxing residents on their earned income. There are three to choose from: joint, combined, or a mixture of the two. Nebraska opts for the joint system, which adds the incomes of both spouses in a married couple together and taxes it as one amount. This adheres to the federal government's idea of taxing the family as a single economic entity.

Nebraska's tax base begins with the federal adjusted gross income, and there a few differences between the state and federal laws that taxpayers should be aware of.

Some sources of income aren't included in taxation for residents, including:

Most other sources of income, including pension and social security benefits follow the federal laws regarding taxation.

The state standard deduction is the same as the federal, and there are a few more deductions which residents can take to save money: