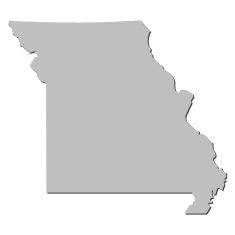 At tax time, some states individually tax their residents' incomes on a state-specific level. States with income taxes have a choice on which filing system they want to adopt: joint, combined, or a mixture of the two. Missouri is one of two states (the other being Pennsylvania) that uses a combined filing system, where the income of each spouse is taxed separately. Under this system, each person can take advantage of low tax rates at the front end of the tax schedule.

Missouri uses the federal adjusted gross income as a starting point for its tax base. From there, certain differences apply between the federal and state guidelines regarding what income is taxed.

There are some forms of income that are excluded from the state tax base, which differs from the federal law. They are:

Missouri's standard deductions are the same as the federal government, and other deductions exist which can help save resident taxpayers money. Don't forget about the following Missouri state deductions: