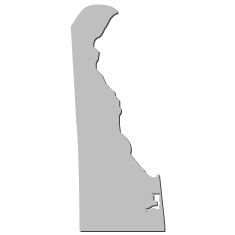 Delaware uses federal adjusted gross income as the base starting point for assessing income tax at the state level. States that opt for individual income tax have three different filing systems they can use: joint, combined, or a combination of the two systems. Delaware is the latter option, combining the previous two systems. This means that married taxpayers can chose which option is the best benefit for filing, either by jointly adding their incomes together to be taxed as one, or to separate the income and benefit from lower tax rates. Delaware taxpayers can decide which option gives the best benefit.

Additionally, same-sex civil unions, or partners in civil unions are recognized the same as opposite-sex couple for purposes of state taxes. However, at the federal level each partner would have to file a separate return and be taxed individually.

While the general tax base follows similar regulations as the federal system, there a few major differences between what income is included and what deductions are taken.

The following income is exempt from inclusion in the tax base:

Those who are disabled or whose earned income and AGI are below set limits may also qualify for an exemption.

State level deductions are similar to those offered at the federal level, those there are a few differences worth noting: