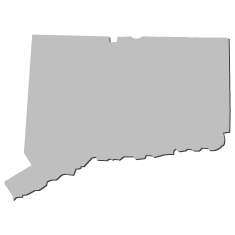 Connecticut taxes residents of the state individually based on a joint filing system, one of three methods states can use to assess income tax. A joint filing system adds together the incomes of both spouses and taxes the family as a single economic unit, similar to the way it's done for the federal government.

In Connecticut, same-sex couples are recognized in the same way as opposite-sex married couples, and their income is taxed the same way according to the state. However, these couples have to file an individual return for each person at the federal level.

The tax base starts with the taxpayer's federal AGI, which determines what the state tax will be. Even though the tax base is computed with the federal adjusted gross income, some major differences exist at the state level.

Some sources of income are exempt from inclusion in the state tax base. They are:

Connecticut state deductions differ very slightly from the federal law, as there are no major differences or itemization regulations to contend with. The only variance relates to the standard deduction, which is based on a sliding scale as follows: