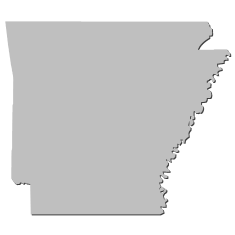 State income tax is assessed individually based on regulations set forth by the state themselves. There can be major differences from the federal law, though many states use the federal laws as a guideline for establishing their tax base. There are three systems that a state can chose from when assessing individual income tax: a joint, combined, or some combination of both.

Arkansas is one of seven states that uses a combination of the two other filing systems. Married taxpayers can chose to file joint or combined return, where the incomes of both spouses can either be taxed separately or together, depending on which gives the best benefit to the family.

Arkansas uses the federal guidelines for using AGI as a starting point to determine how to assess state tax. However there are some exceptions that exist, creating differences between state and federal taxation.

The following incomes are exempt from the tax base:

Lottery winning from skill games are excluded from inclusion in income, however they are subjected to a flat tax of 3%.

The standard deduction is based off filing status as Single/Married filing Single/Head of Household can deduct $2,000 as couples who file jointly get a deduction double that at $4,000.

The major differences from the federal law are that state and local sales tax is not deductible, total deductions aren't limited by high income amount, and that a deduction exists for post-secondary tuition.